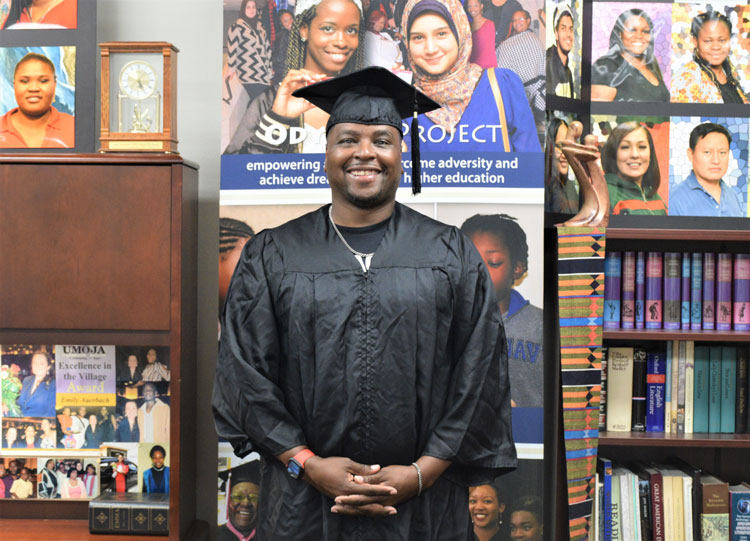 “Anyone looking at me, I want them to see that no matter what happens — it can be the darkest, deepest pit — you can get out of it,” Odyssey Class of 2004 Anthony Ward says in a 2012 documentary. This summer we celebrate Anthony’s completion of his bachelor’s degree as well as acceptance into UW–Madison’s Educational Leadership and Policy Analysis master’s degree program as a McNair scholar. A first-generation college student and father of five, Anthony survived childhood trauma and academic setbacks on his obstacle-filled journey. “Odyssey gave me confidence and a support network. Odyssey was that catalyst that said, ‘Hey, you can go out into this world and be successful.’”

Help keep Anthony and other Odyssey alumni moving forward toward their dreams despite unbelievable odds by donating below.

The son of a 16-year-old mother who dropped out of school and sold her children’s Christmas gifts at the pawnshop to pay for crack cocaine, Anthony says he knows he could have dropped out and become a statistic.

“Because my mother was struggling with drug addiction, I was just trying to survive. I was always fearful, worried about getting that phone call that she was dead. I felt a sense of abandonment. I’m proud of persevering. I’m proud of reaching out for help, getting counseling and now working to help others as a new restorative justice coordinator at Verona High School.” 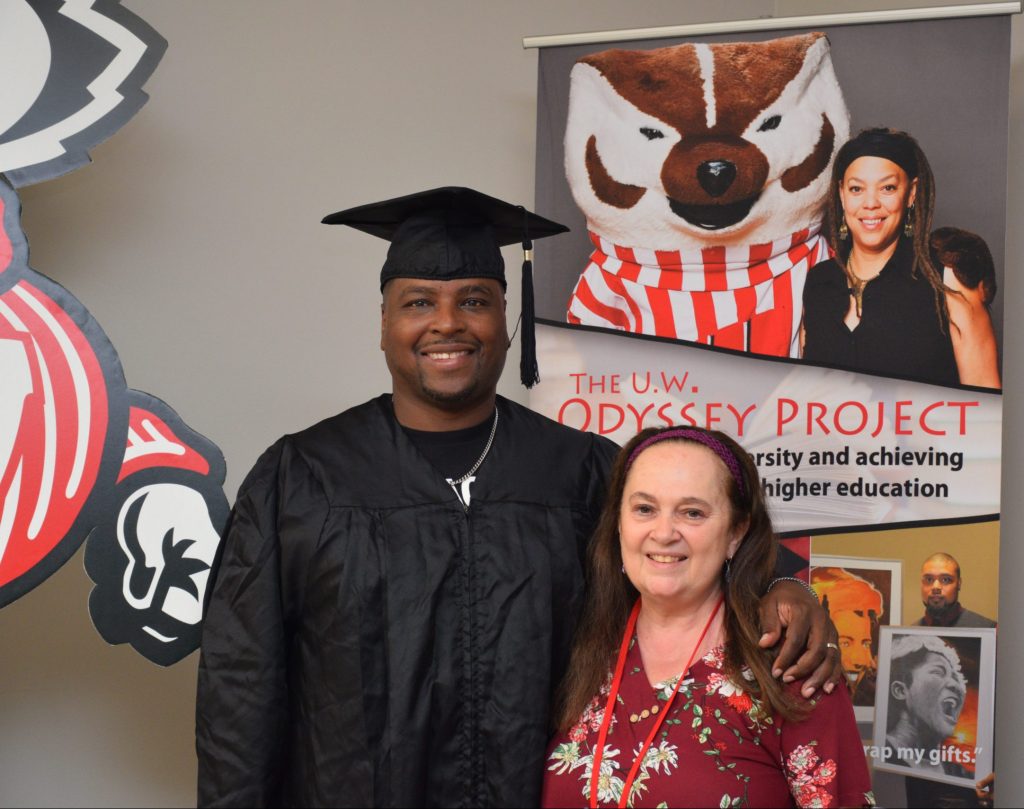 Odyssey played a pivotal role in Anthony’s pathway back into school and had a multigenerational impact on his family. He says of Odyssey codirector and cofounder, Emily Auerbach: “She has a way of making you see the potential and the hope in yourself. In Odyssey we have a community, camaraderie, an extended family.”

This summer Anthony donned cap and gown for his bachelor’s degree while taking his oldest son on college tours. “I’m telling my son, ‘If my old self can do it, you can do it.’ My oldest daughter has a college degree in psychology and wants to do counseling, and she’s about to start her master’s degree program, just like I am.”

His UW–Madison master’s degree will be in Educational Leadership and Policy Analysis, with an emphasis on coaching and athletic program administration.

“As I’m coaching young men in athletics, I can connect them to other things, equipping them to be teachers, hold public office and give back to other young men that look like them.”

On the side, Anthony records and performs “spiritual hip hop” under the moniker A.N.T. Da Hope Boy. In one original song, he calls himself a hustler peddling self-belief rather than drugs: “I’m here to serve the people like the neighborhood dope boy, but what I’m slinging looks a lot like hope, boy.” His lyrics encourage his community to work for change: “Poverty is a mentality. We need to change our minds, change our grinds, break free now. Our children are our casualty.”

Of his future, Anthony observes, “I want to inspire young people, especially our black and brown students, to be successful out there in the world. I also will always want to give back to Odyssey because it did so much for me.”