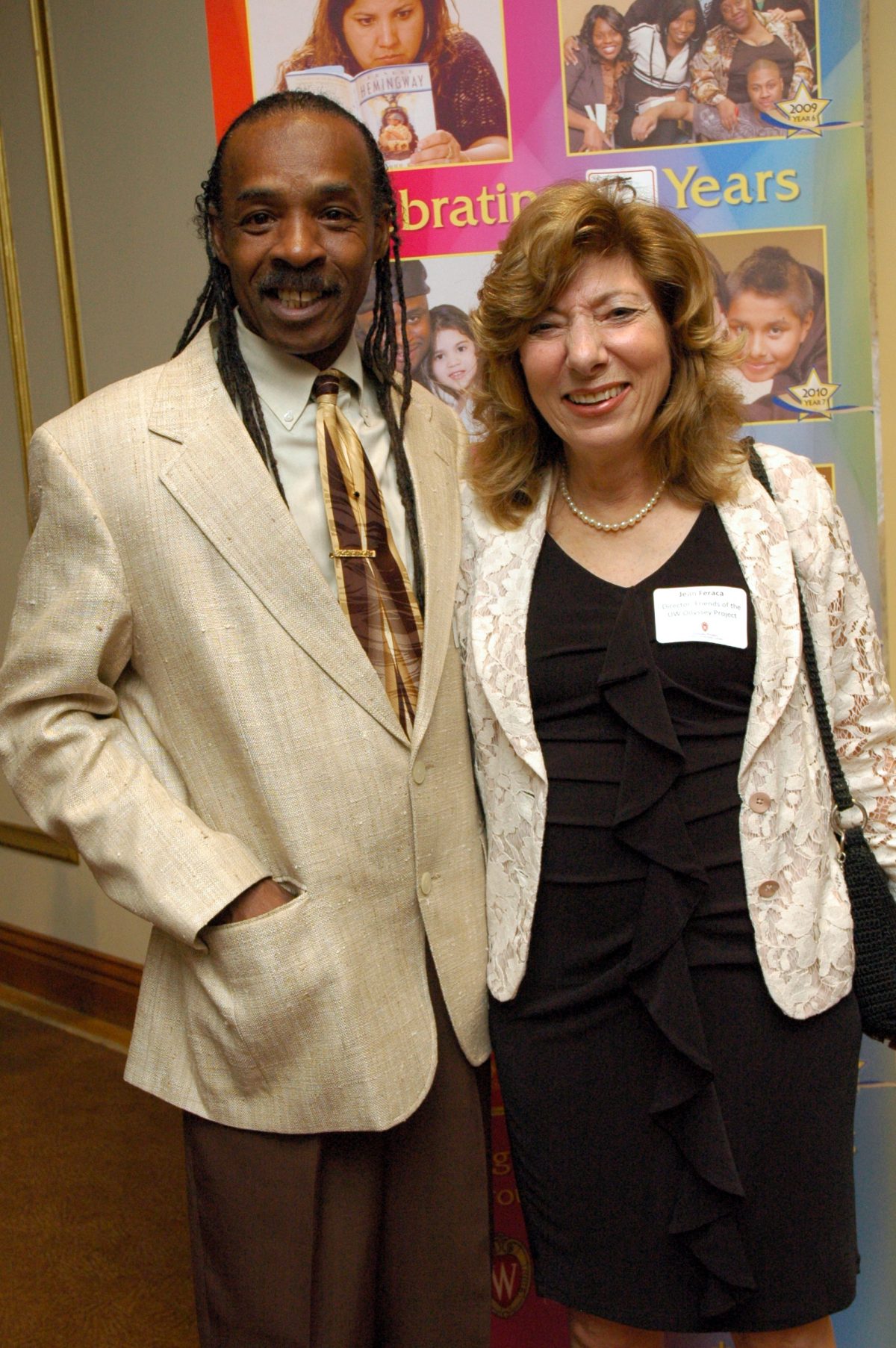 “Jean Feraca epitomizes the Wisconsin Idea as well as the ideals of the Athena Award,” a nomination letter reads, as “she has demonstrated excellence throughout her career as a broadcast journalist, creativity in her work as an author, initiative in her cofounding of the transformational Odyssey Project and in her work in Wisconsin’s prisons, and inspiration as someone who works harder than ever during retirement to begin new ventures and change lives for the better.”

We congratulate Jean Feraca on being a finalist for the Athena Award and hope she will be revealed as the winner during a March 23 ceremony.

Jean teaches Plato’s “Allegory of the Cave” in prison, calling on students to free themselves from mental fetters now and return to prison after their release to share what they have learned with others. “Nothing excites me more than to see evidence of this,” Jean notes. “James Morgan is one of the bright lights who, as a former inmate, now inspires and supports many men newly released from prison in his peer support program.”

Odyssey Beyond Bars students from 2020–2021 who worked with Jean, including the program’s first incarcerated female students, hail its effects. Student Roxanne writes, “This program has changed my life. It has given me the ground to take my first sure‑footed steps on. It gave me confidence. It gave me context. It gave me light. It gave me life.” Holly, another student, adds she felt “non‐judgmentally heard” and able to examine her life in new ways. “I shared the most profound things with my daughter, who had not spoken to me in one and a half years.” Join us in supporting these students by contributing to our Odyssey Beyond Bars fund.

Give to the Odyssey Beyond Bars Fund