When Bob Auerbach celebrated his 90th birthday on April 12th by offering to match $100,000 of donations to the UW Odyssey Project, he had no idea the match would not only to be met but surpassed in just a few weeks.

“Fantastic!” he remarked. “I’m surprised that so many people responded so generously. I’m honored not only by the amount raised (over $160,000) but also by the fact so many people (over 400) took part, some scraping together just a few dollars so they could contribute. Usually there’s nothing good to say about getting old, but I’m happy that my turning 90 has benefited the Odyssey Project!”

Bob’s match seeds an endowment for Odyssey’s future. “I want the program to grow, and an endowment can provide the underpinning to sustain the program’s stability and long-term success,” Bob says. If you’re still considering a donation in Bob’s honor, you can do so below and your gift will help seed an endowment fund to sustain Odyssey’s growth and future needs.

Born on April 12, 1929, in Berlin, Germany, Bob escaped the Holocaust and fought to overcome poverty here in America. Bob graduated from Berea in 1949 and continued his education, earning his masters and doctorate in Zoology/Genetics at Columbia University. He also completed postdoctoral work at Oak Ridge, Tennessee and at the National Cancer Institute in Bethesda. Bob is Emeritus Professor of Zoology, member of the Institute of Aging, and Associate Member of the Wisconsin Clinical Cancer Center here at UW-Madison. Bob was honored with a named professorship from UW as well as a Distinguished Alumnus Award from Berea.

When asked about his Berea College experience, Bob says the best part was that it was where he met his wife, Wanda. They came from vastly different backgrounds—Bob from an educated Jewish family that fled Nazi Germany, and Wanda from a poor family living in Appalachia with no running water and no expectation of college. Wanda graduated as valedictorian of Berea and went on to become a medical librarian. Wanda and Bob were married 62 years. From 2003, when Odyssey began, until her death in 2012, Wanda and Bob attended Odyssey classes and graduations together. They were both excited by the way the program transformed people’s lives and broke cycles of generational poverty.

The Odyssey Project thanks Bob Auerbach for his incredible generosity!

Read more about Bob’s story in the Wisconsin State Journal! 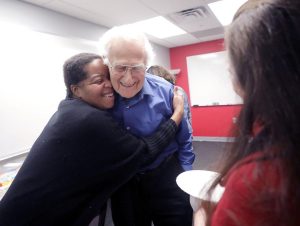 The endowment fund below will be used to support future students enrolled in the UW Odyssey Project, including the core one-year course, Onward Odyssey programming, Odyssey Junior, and Odyssey Beyond Bars, as well as future program expansions.

To mail your gift

Send a check made payable to UW Foundation indicating that you would like to support the Odyssey College Future Fund. 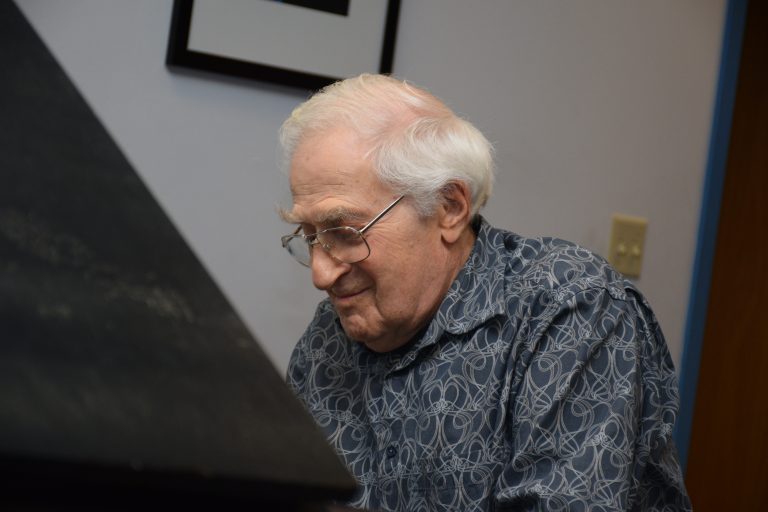 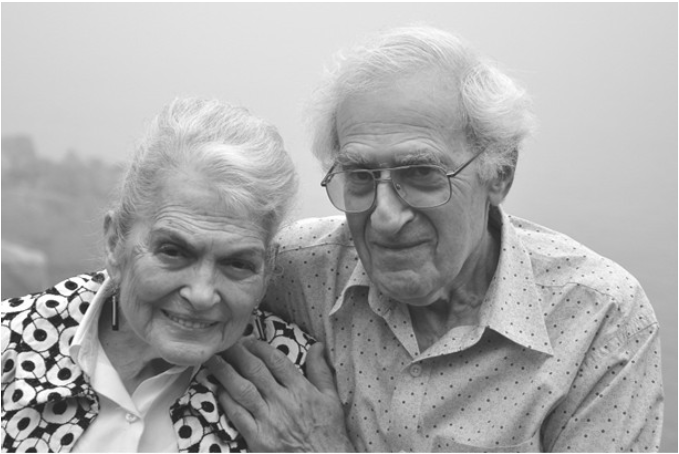 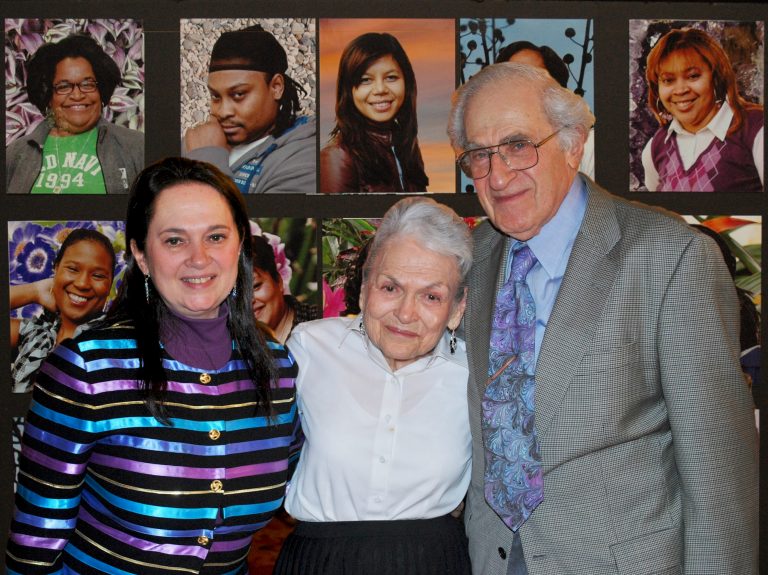 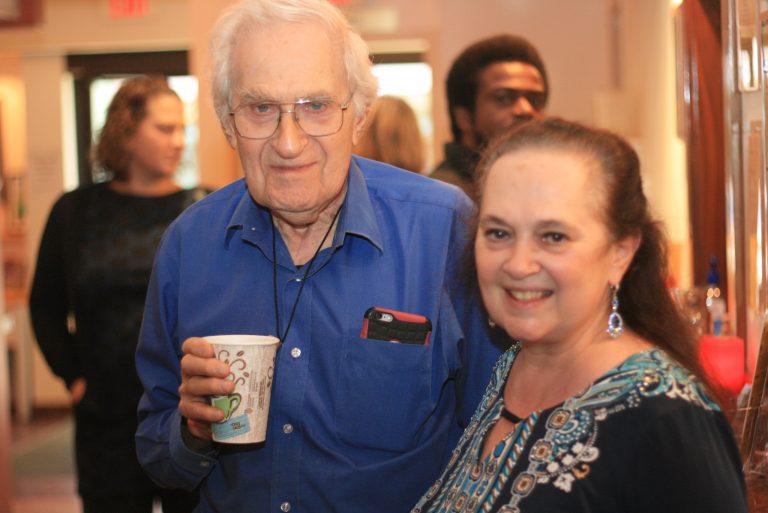 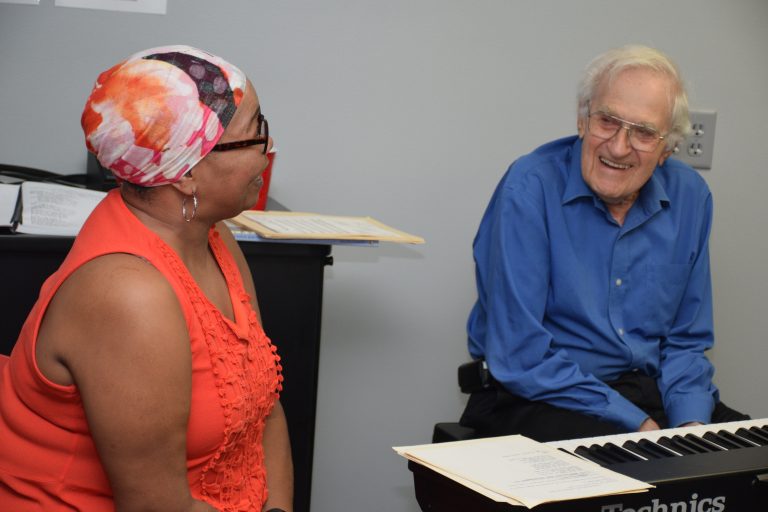 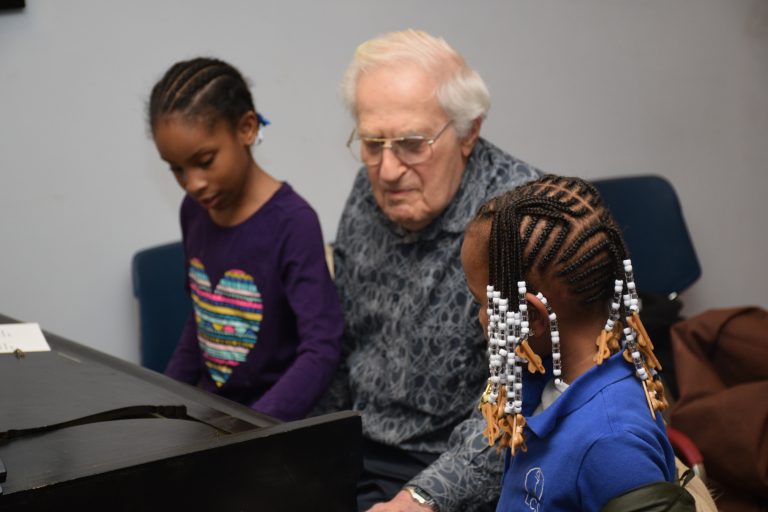 "As Odyssey has expanded, including Odyssey Junior and Odyssey Beyond Bars, the need for funding has expanded as well. I strongly believe that the program is a model for how to help overcome social, racial, religious, and age-associated barriers.

In my 90 years I have passed from a wealthy early childhood, through persecution and emigration to poverty, to a new life in the USA, to a free college education at Berea College, then a government-supported graduate study, and then to an academic career of half a century which has left me with secure retirement income, time to pursue my long-term avocation in music, and the unsurpassed blessing of a wonderful family. I have decided to offer up to $100,000 as a match for whatever contributions are received as a result of my 90th birthday, with the expectation that this match will strengthen the long-term needs of the Odyssey program." 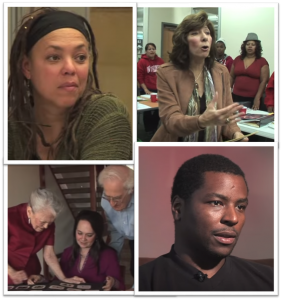 The award-winning UW Odyssey Project takes a whole family approach to breaking the cycle of generational poverty through access to education, giving adult and youth learners a voice, and increasing confidence through reading, writing, and speaking.

Please visit our Home page to learn more, and click HERE to watch our documentary that aired on the Big Ten Network! 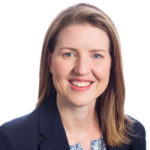 Director of Development and Business Engagement, Div. of Continuing Studies