Starting January 26th, you can join an online book discussion and meet Odyssey students and staff! Scroll down for more information and a schedule of which books will be covered during each session.

Tuesday Morning Booktalks (TMB) is a UW-Madison outreach class led by Odyssey Co-Director/Founder Emily Auerbach for over three decades at the Madison Public Library. Online TMB discussions began in the summer of 2020 during the pandemic and following the death of George Floyd. As a way not only to increase multicultural understanding but also to take action, we made the decision to focus this year on works by Black, Indigenous, and other People of Color and to offer the program free as a benefit for the UW Odyssey Project. Money raised from discussions in 2020 has already helped more families of color break a cycle of generational poverty, find their voices, and pursue their educational dreams. Together in the summer and fall of 2020, Emily, Odyssey students, and community members discussed Tayari Jones’s An American Marriage, Tommy Orange’s There There, Colson Whitehead’s The Nickel Boys, John Lewis’s Walking with the Wind: A Memoir of the Movement, and Maya Angelou’s I Know Why the Caged Bird Sings. Books change lives. Keep reading for 2021 book choices.

What: In-depth book discussions for Odyssey students, alumni, and supporters

Where: Zoom (online until in-person classes can resume) 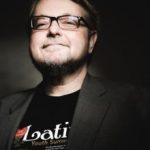 Professor Craig Werner will join Emily to lead the discussion. Described by the New York Times as “epic, rambunctious, cheerfully profane, and highly entertaining,” this bestselling 2018 novel centers on two days in the life of four generations of a Mexican American family. The Boston Globe called it “a big, epic story about how hard it is to love with all of your heart, and all of your family—regardless of which side of the border they live on.” 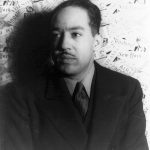 Whether you own his complete poems or have just discovered a few online, come prepared to celebrate the powerful poetic voice of Langston Hughes (1901-1967). We will share his poems about music, politics, racism, love, despair, and dreams, ranging from the seven-word “Little Lyric of Great Importance (“I wish the rent / was heaven sent”) to longer poems like “Let America Be America Again.” Odyssey alumni will help read the poems. 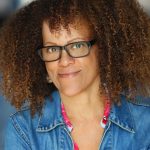 In 2019, this novel won the Booker Prize and appeared on Barack Obama’s Favorite Books of the Year list. Set in England, it focuses on the intertwined lives of 12 characters, mostly Black women. The author commented, “I was very frustrated that black British women weren’t visible in literature. I whittled it down to 12 characters – I wanted them to span from a teenager to someone in their 90s, and see their trajectory from birth.”

April 27: Brit Bennett, The Vanishing Half: A Novel

This multi-generational novel from 2020 traces the fates of two twin sisters who run away at age 16 from their small, southern Black community. One sister returns with her daughter to her community and remains rooted in her Black identity, while her twin passes as white and lives miles away. The novel will trigger important discussions of families, racial identity, and the way the past and present collide.