We had a spectacular event on October 12th! Hundreds gathered at the UW Memorial Union for “20 Years of Amplifying Student Voices and Celebrating Voting.” One highlight of the evening included watching a new film from UW Communications that moved the entire audience. Attendees also received a beautiful booklet featuring poetry, essays, and artwork from our “Why Vote” contest and heard samples shared from the podium, along with songs that received standing ovations.

Both Madison’s mayor and Wisconsin’s governor proclaimed October 12th “Odyssey Day”, and widespread media coverage spread the word about voting and about our 20th anniversary. Be sure to check out the news stories featured in the Wisconsin State Journal, Madison 365, a Monday October 10th TV spot with Leigh Mills, and two 10 PM local news segments on Channel 27 and Channel 15.

We would like to thank our sponsors (American Family Insurance, A Fund for Women, Madison Gas and Electric, and Summit Credit Union) and our partners (League of Women Voters, Madison Public Library, Urban League of Greater Madison, and CapTimes), as well as everyone who came in person or attended via Zoom. We hope to see everyone at our next 20th anniversary event, an Odyssey Holiday Bazaar on December 3rd! 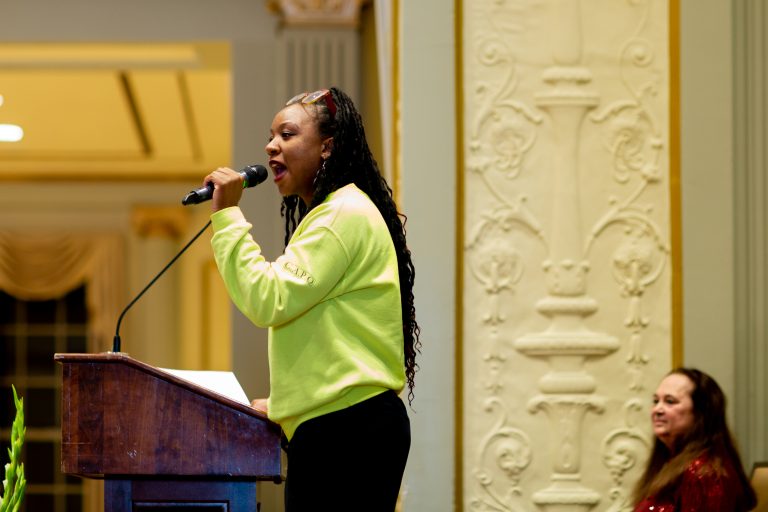 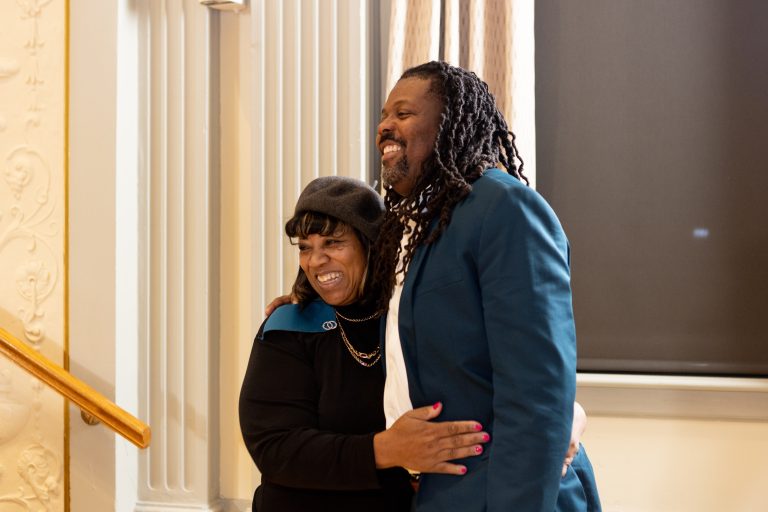 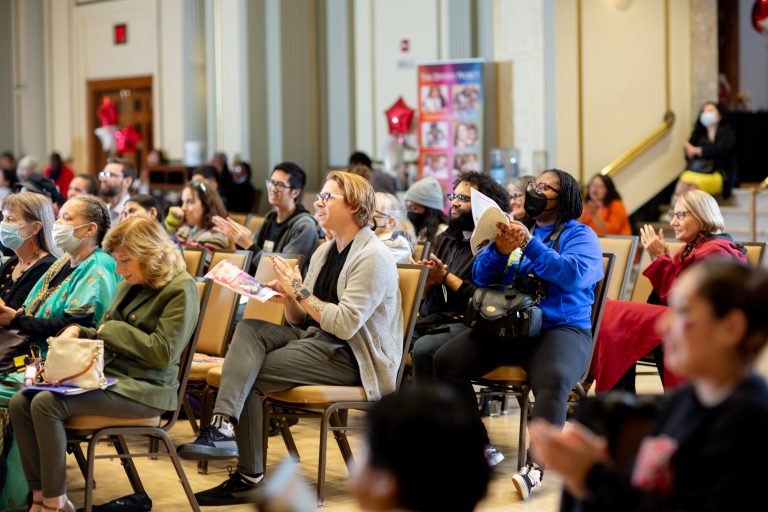 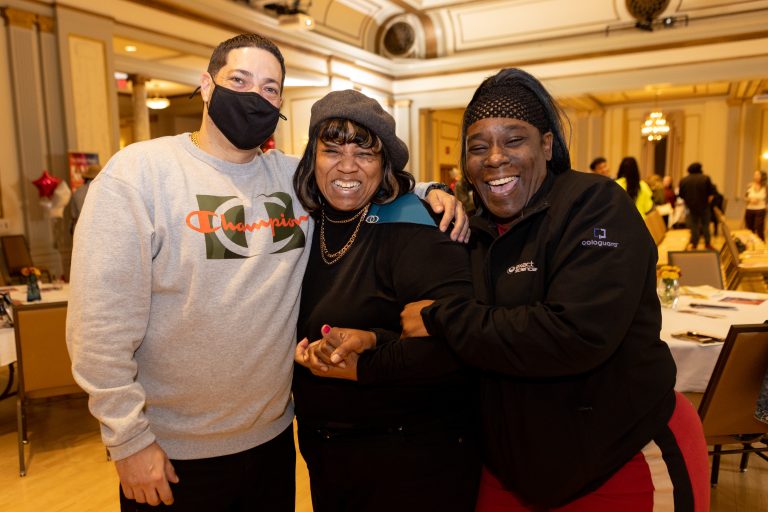 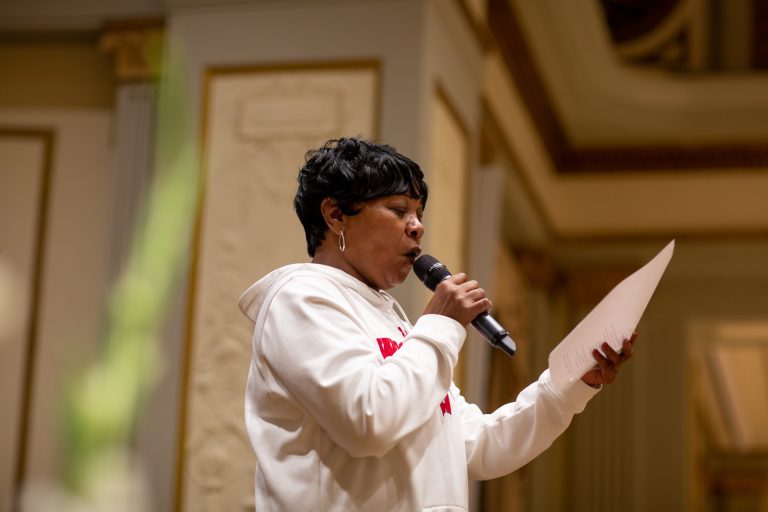 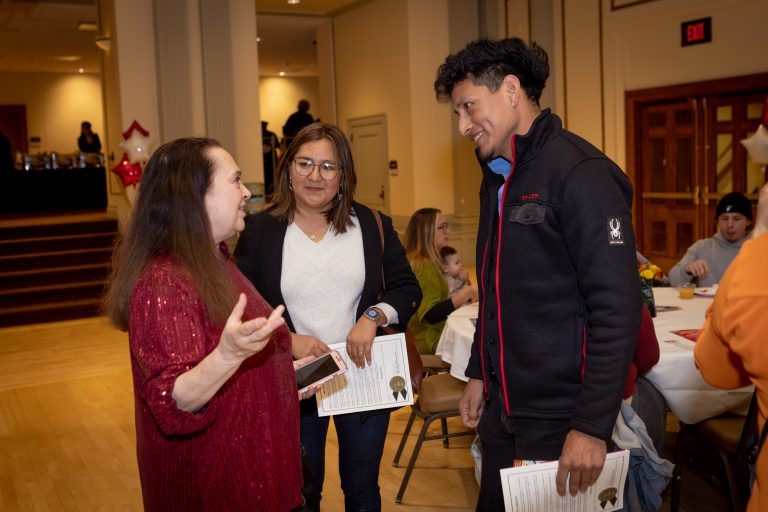 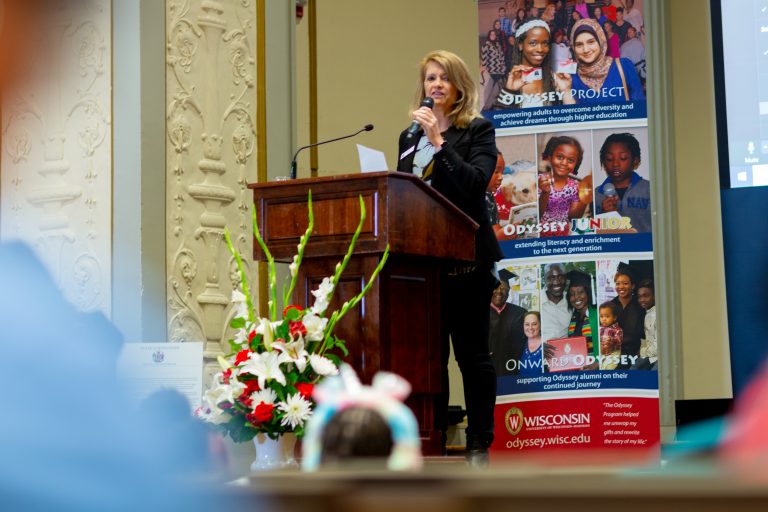 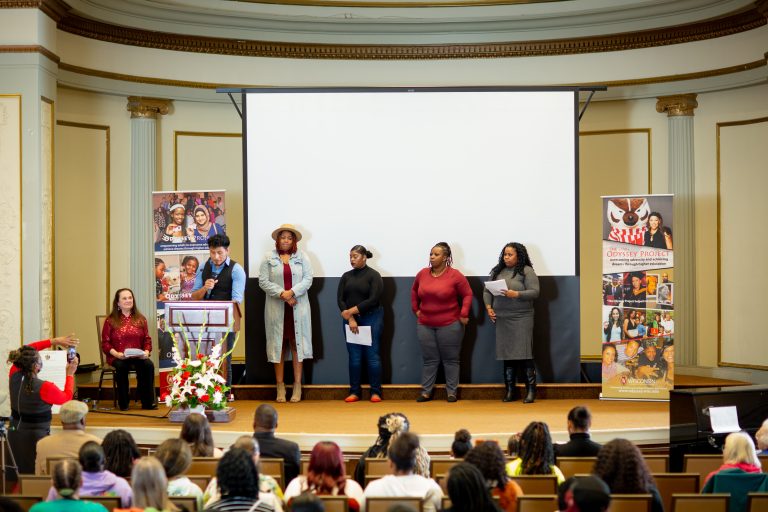 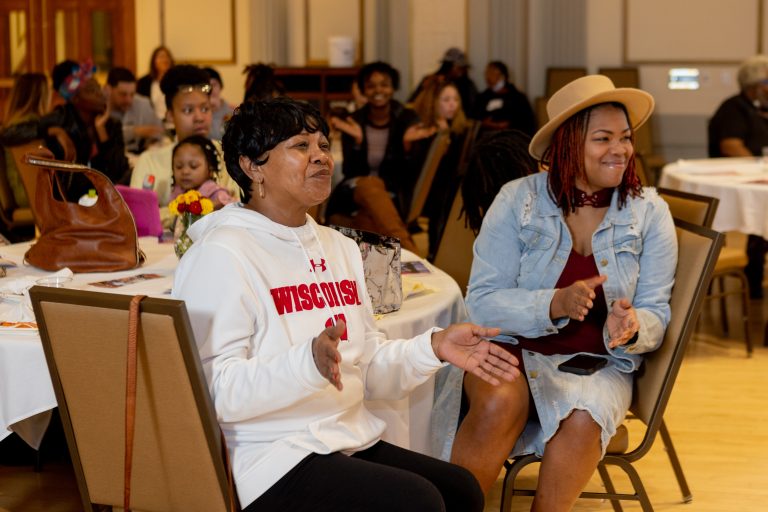 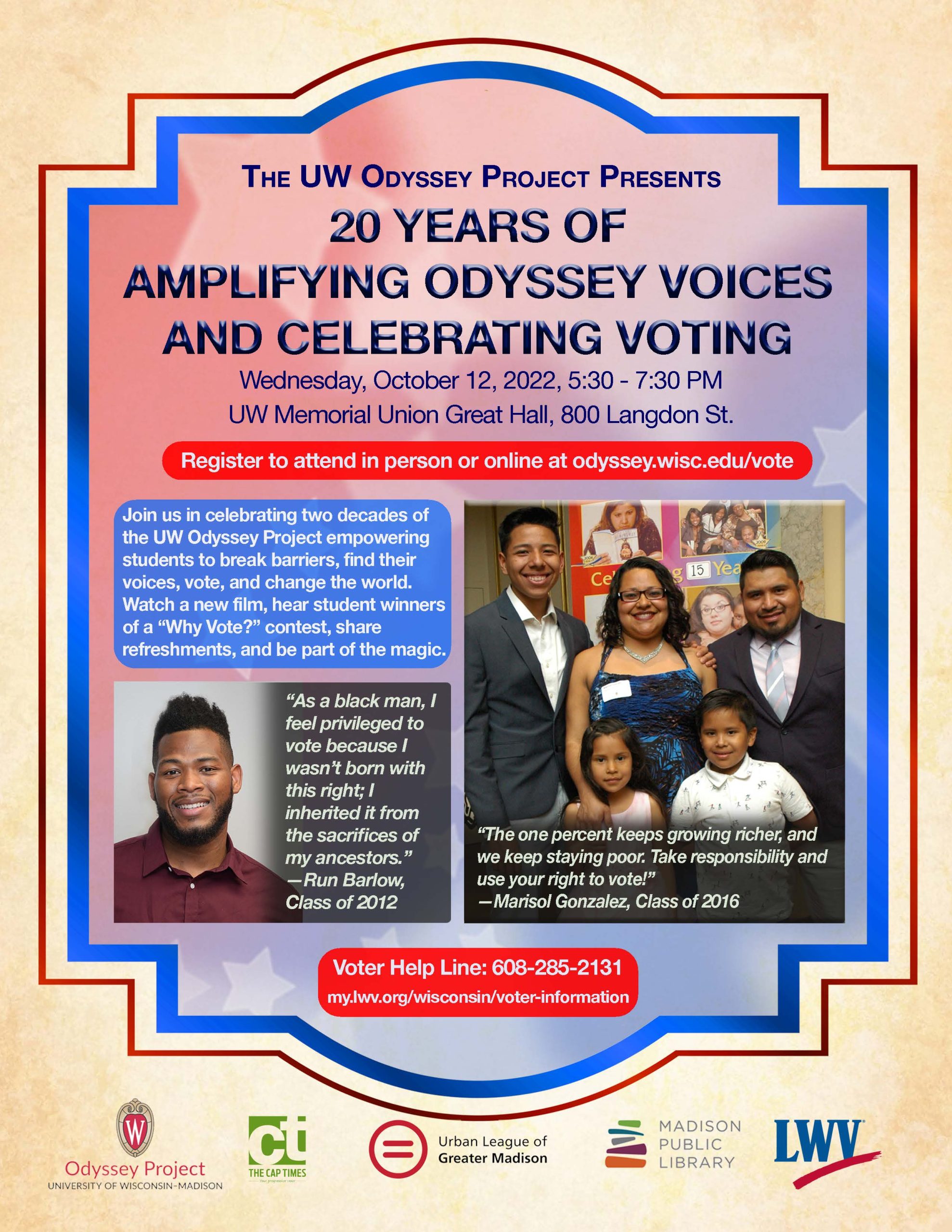 Why should YOU vote? Check out some of our Odyssey students’ answers to this vital question in our special-edition “Why Vote” Oracle from 2022. It’s a must-read! 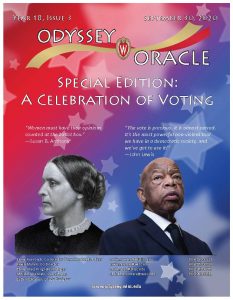 Why Vote? Voices from the UW Odyssey Project 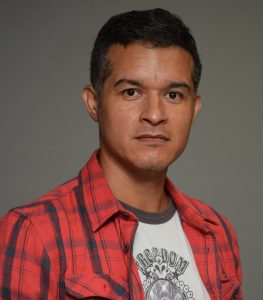 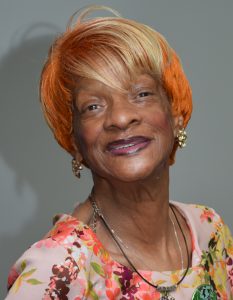 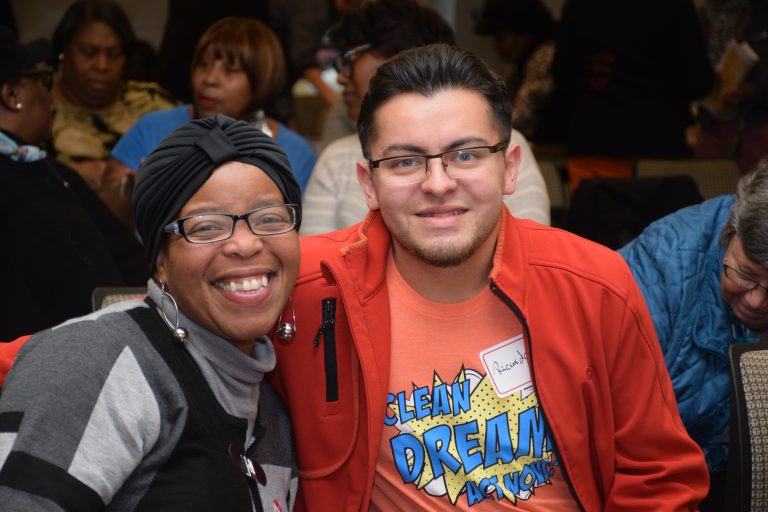 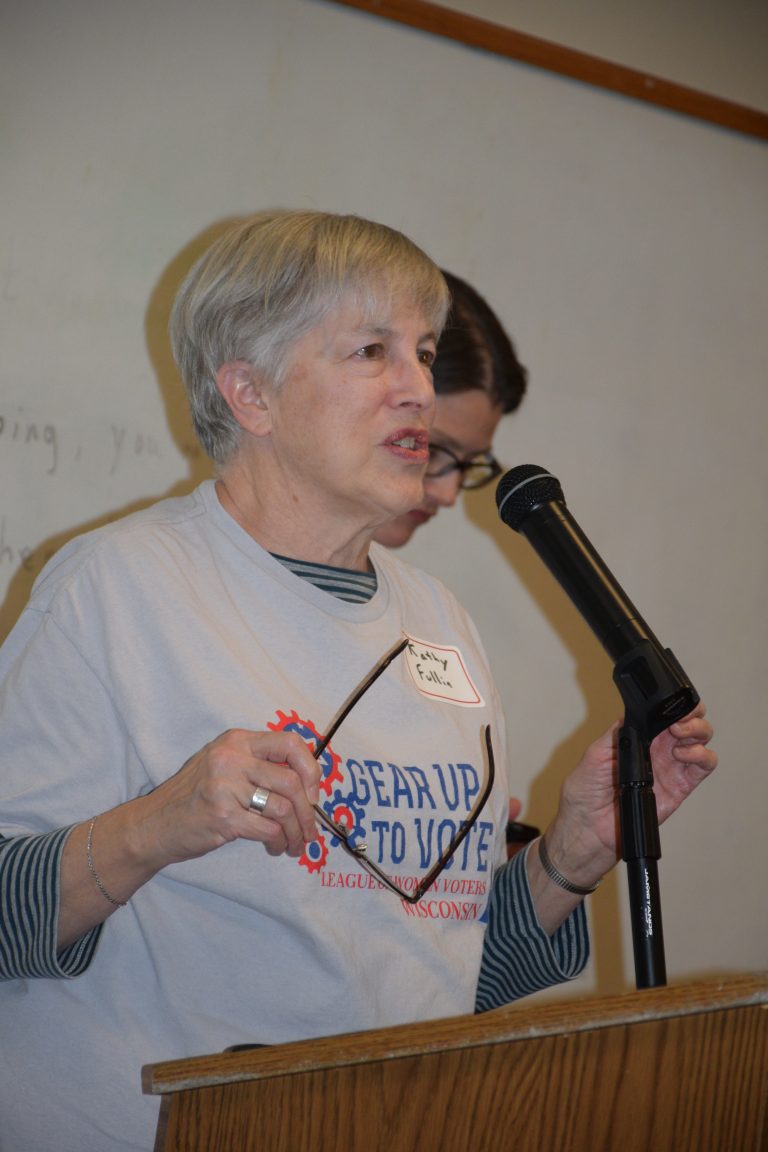 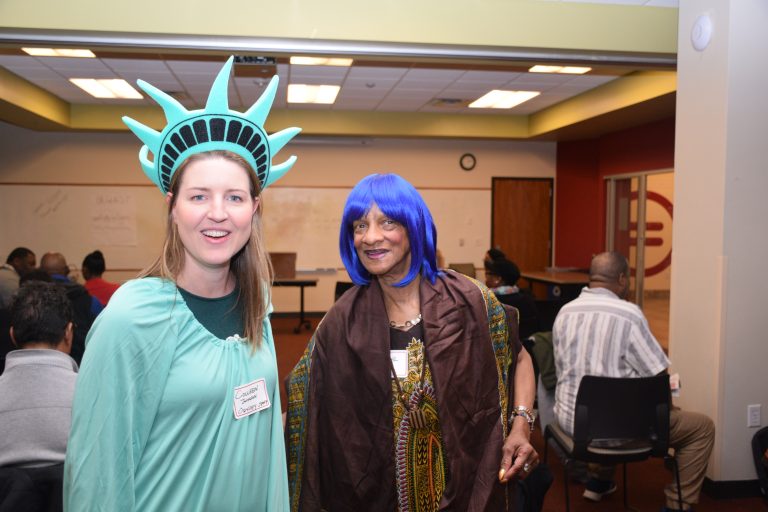 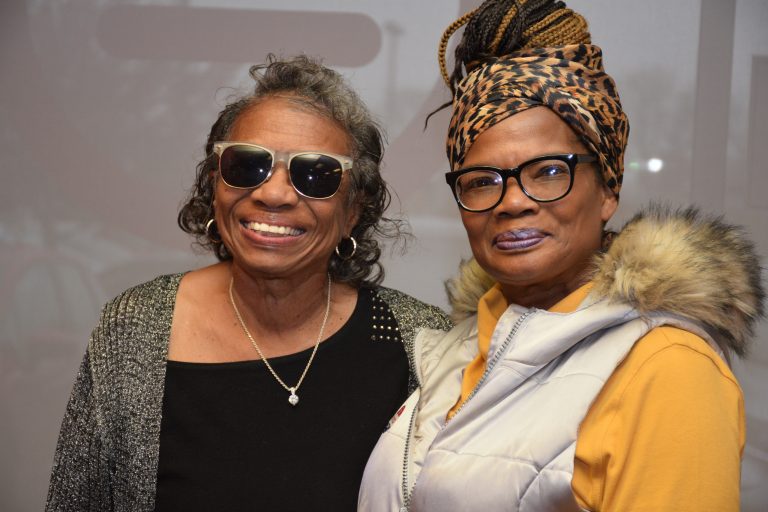 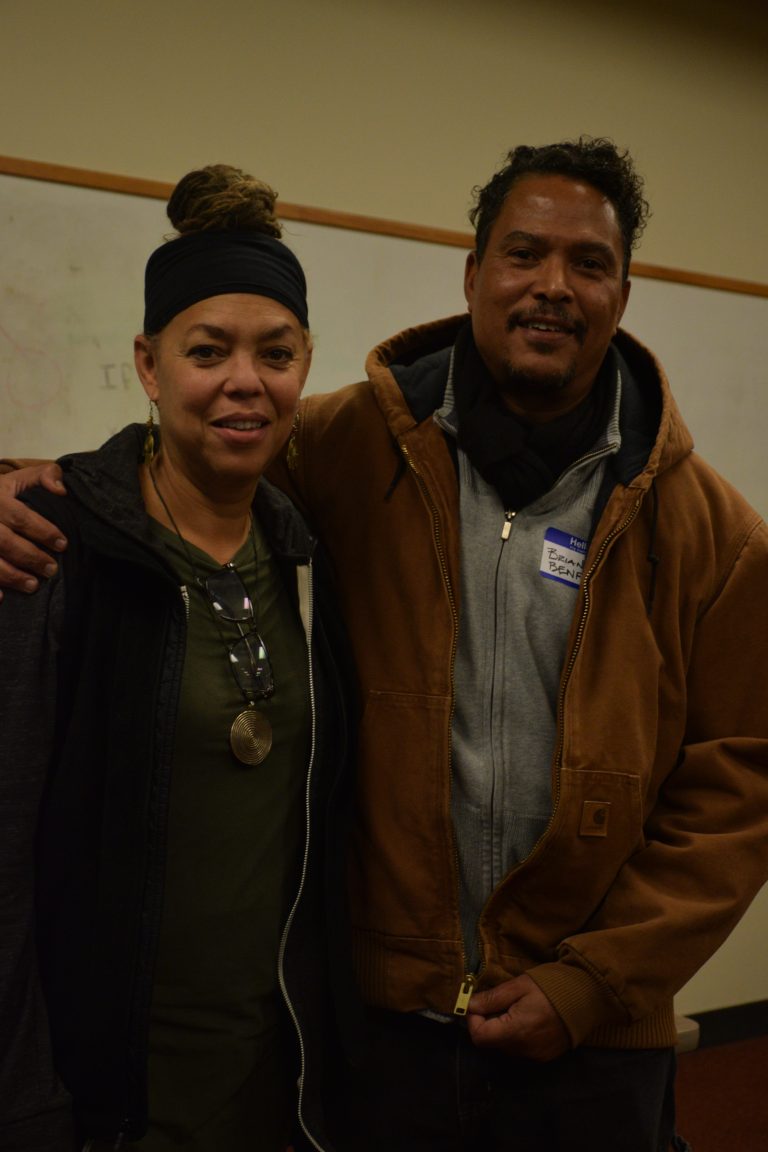 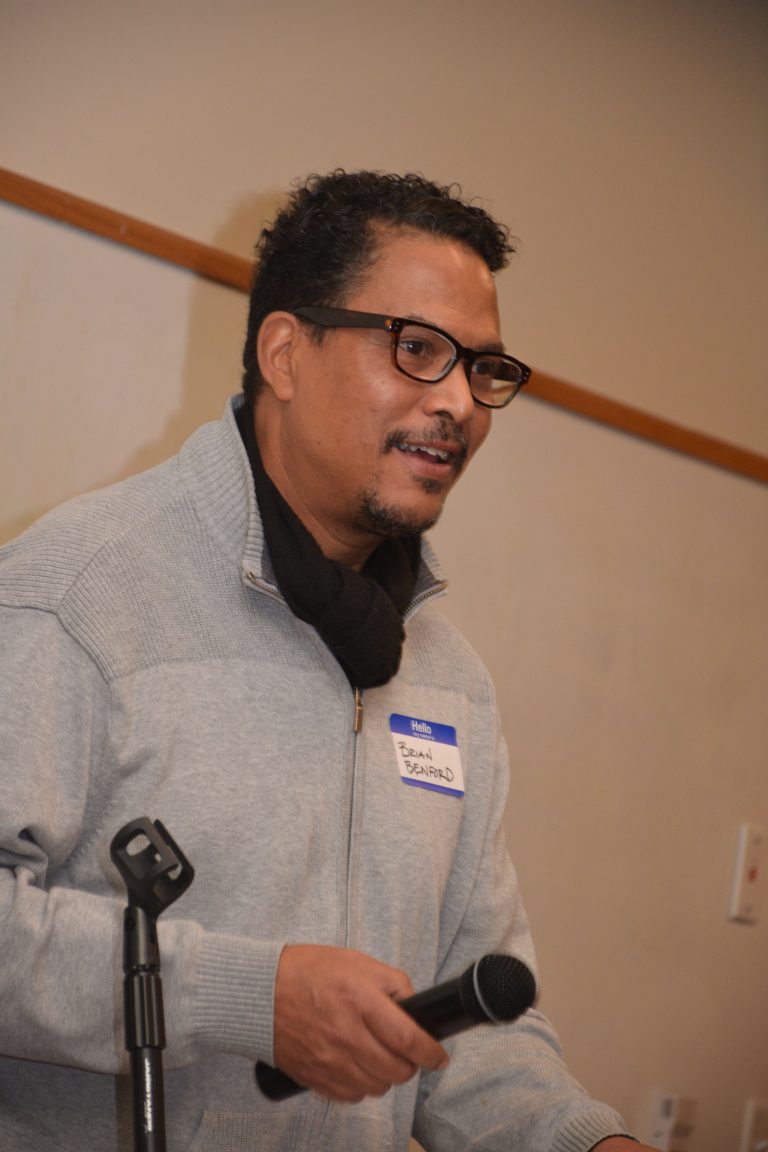 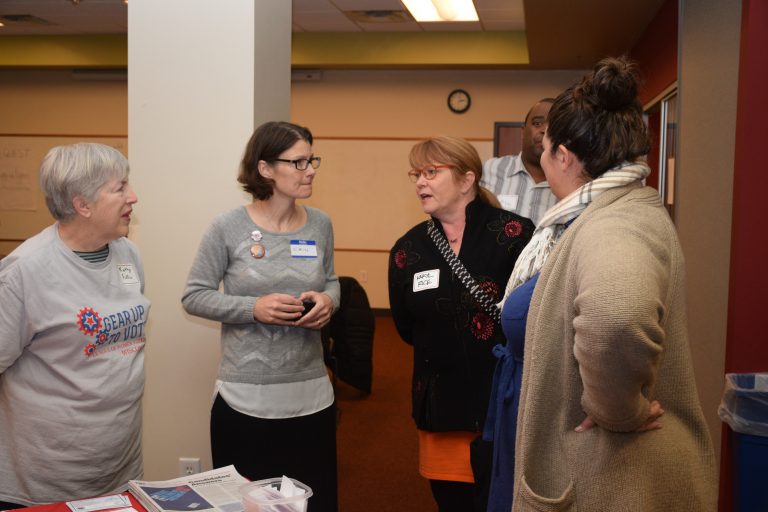 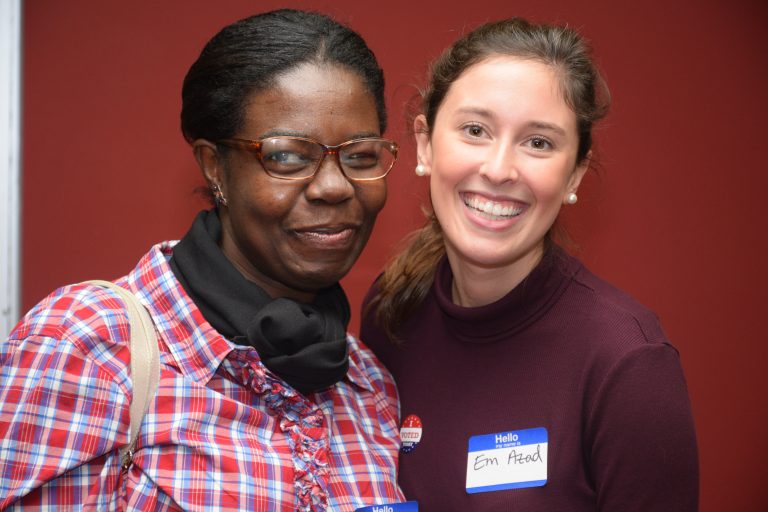 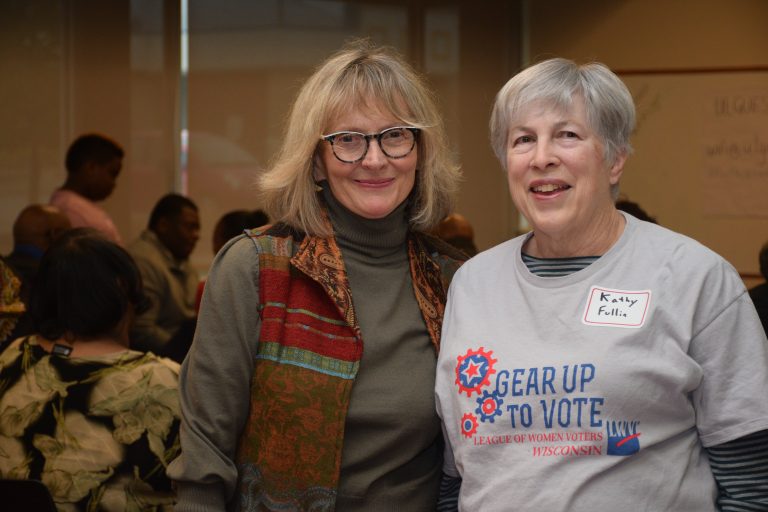 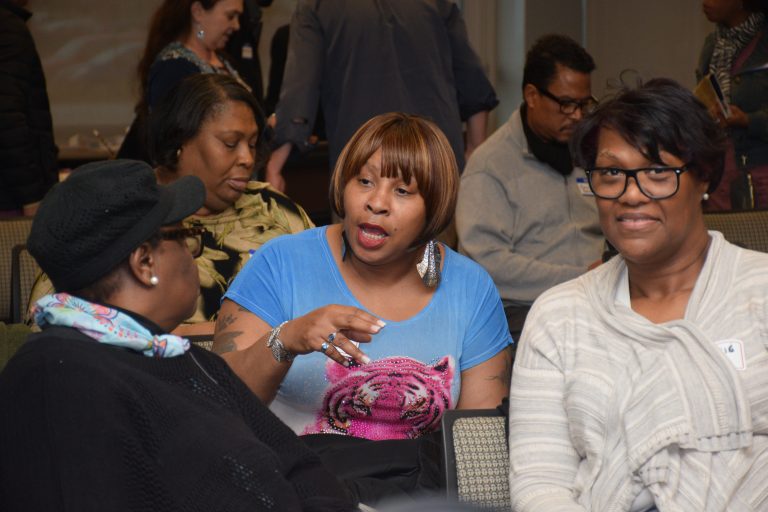 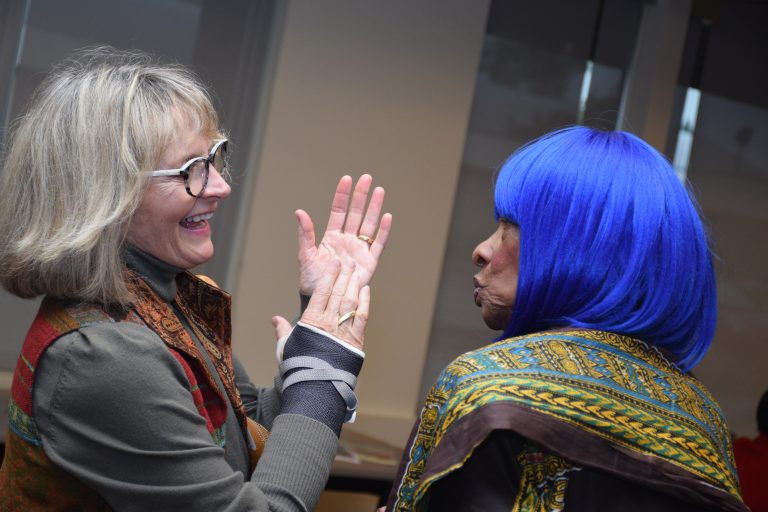 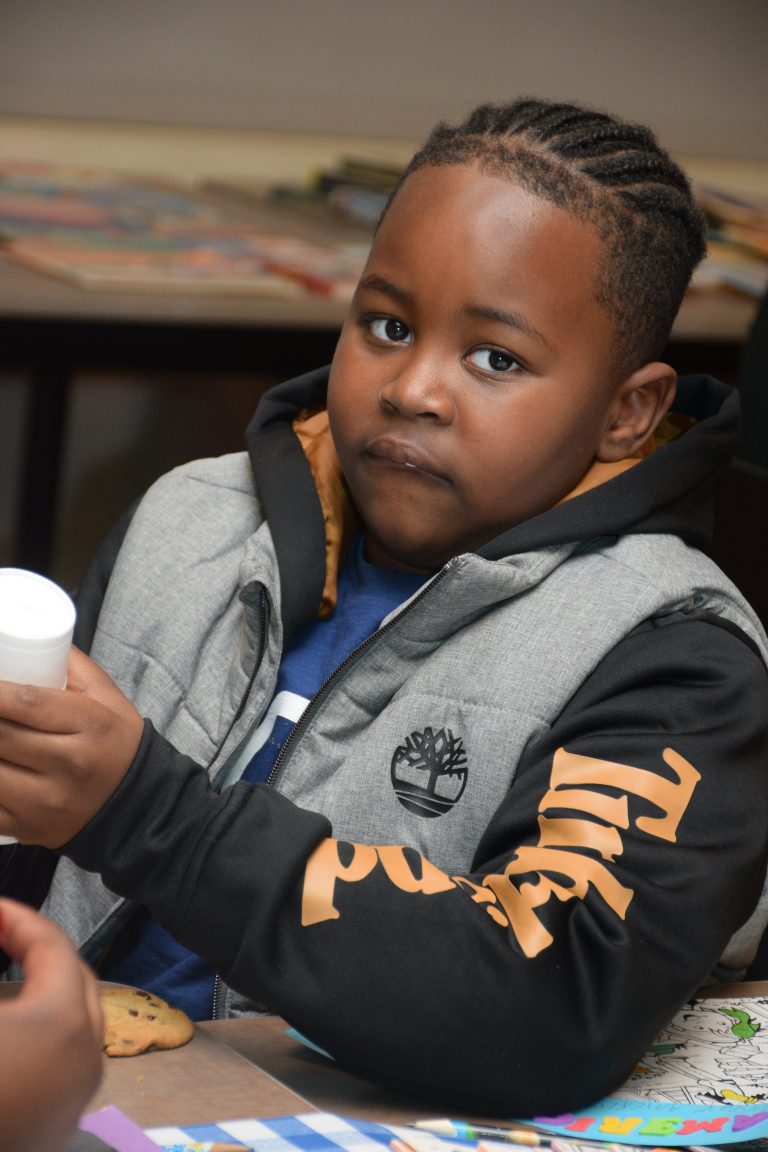 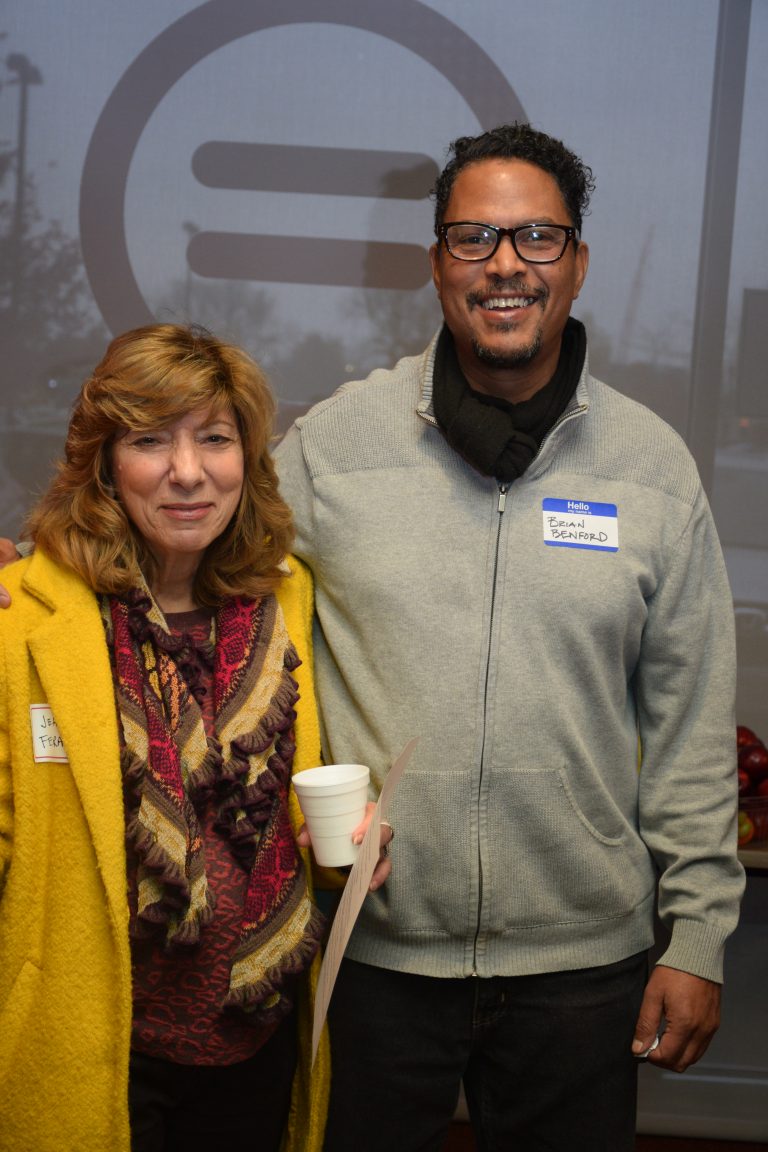 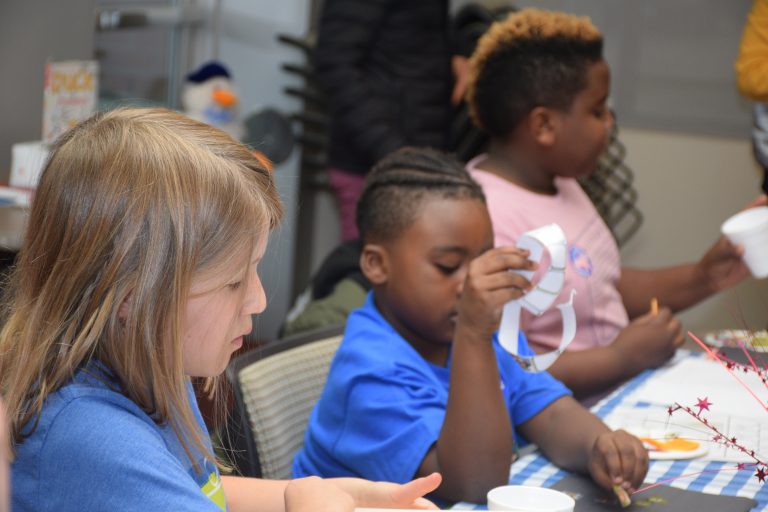