When the pandemic struck in March 2020, Odyssey classes shut down and so did Emily Auerbach’s Tuesday Morning Booktalks, a long-running series of community discussions of literature held at the public library. “I naively sent out an email to participants in the series saying we’d postpone our discussion of Toni Morrison for a few weeks when we could meet again,” Emily recalls. “Little did I know we’d be apart from each other for over a year!”

In the aftermath of the George Floyd murder, Emily made the decision to switch the book discussions online and focus primarily on books by those from Black, Indigenous and People of Color (BIPOC) communities, offering the sessions free with a voluntary donation to benefit the UW Odyssey Project. She also provided Odyssey students and alumni with copies of the books and an invitation to join each Booktalk, leading to lively interchanges between participants from divergent cultural and socioeconomic backgrounds.

“As we discussed Tayari Jones’s An American Marriage, John Lewis’s Walking with the Wind, the poetry of Langston Hughes, Brit Bennett’s The Vanishing Half and other works of literature, we found common ground and amazing revelations. Even though we will still be on Zoom for safety reasons, I can’t wait to begin this series again on September 28 with Yaa Gyasi’s profoundly important novel, Transcendent Kingdom.”

Tuesday Morning Booktalks will take place from 10–11 a.m. via Zoom on the last Tuesday of the month in September, October and November. The first fall session on September 28 focuses on the novel chosen as UW–Madison’s Go Big Read selection. Transcendent Kingdom introduces a graduate student in neuroscience straddling the cultural differences between Ghana and Alabama, coping with the death of her brother from a heroin overdose and searching for strength and faith as she helps her mother battle mental illness. 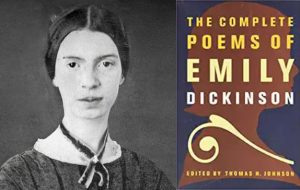 On October 26, Tuesday Morning Booktalks will explore the work of Emily Dickinson, a poet always included in UW Odyssey Project classes. Although labeled “crazy” for her self-imposed life of isolation, Dickinson has emerged as one of America’s most important poets and philosophers. Her poems of solitude, nature, religious questioning and self-discovery will resonate especially well with survivors of a pandemic asked to look within for strength. Finally, on November 30 the class will explore Richard Wright’s newly released novel, The Man Who Lived Underground. Wright penned the novel between Native Son (1940) and Black Boy (1945), but his publisher rejected it, reducing it to a short story. Wright’s rediscovered novel remains startlingly relevant today.

Please join us for one, two or three of these eye-opening book discussions this fall!